As the weather warms up, crashing waves aren’t the only sounds you’ll hear when you vacation in Myrtle Beach. Home to ample amounts of restaurants, bars, and theaters, there is no shortage of live music along the Grand Strand. Plus, if you’re visiting during the summer months, you can even experience the Carolina Country Music Fest.

Whether you’re passionate about concerts or simply enjoy some background tunes while you sip on a cocktail, here are 5 places where you can listen to live music while in Myrtle Beach:

Situated right on the oceanfront, Tin Roof is a live music joint with a laidback beach vibe. This rooftop patio is always rocking out with bands and local musicians nightly. Some weeknights they’ll feature different themes, like Taco Tuesdays with Music Bingo and Reggae Saturdaze. And on certain Sundays, they’ll host a music-theme-inspired brunch where they’ll only play 90’s music or jam out to R&B while you sip on mimosas. Regardless of what day of the week you go, Tin Roof will provide you with amazing views of the ocean and an even better live music experience.

Landing at the Boathouse

Landing at the Boathouse is the place to go to jam out by the water. Located on the Intracoastal Waterway, they are known for their Country Free Show Fridays and their Summer Concert Series. During the Free Show Friday, you’ll see country musicians performing as they try to make a name for themselves on the country music scene. There have been a ton of famous country artists that have graced their stage before hitting it big including Lee Brice, Luke Combs, Kelsey Ballerini, Thomas Rhett, and Sam Hunt, to name a few. During their Summer Concert Series, they host a variety of local and touring musicians from all genres of music including reggae, rock, funk, rap, and pop. It’s the place to go to rock out all summer long.

Sea Captain’s House in Myrtle Beach draws in both locals and tourists alike with their fresh seafood. Another reason to visit Sea Captain’s House is for the live music featured at their oceanfront outdoor bar area, the ShipYard. Grab a seat at the bar, which is designed after a ship, complete with a huge wooden mast and yellow and white awning. It provides the perfect amount of shade to sip a cocktail under and dine on an appetizer. Live music is performed throughout the week, featuring local artists from around the Grand Strand. One of the best parts of the ShipYard is its proximity to the ocean, providing you with the best views while you listen to the sound of the waves mixed with the strumming of a guitar.

LuLu’s North Myrtle Beach at Barefoot Landing is a restaurant that serves up good vibes, good food, and good music. Owned by LuLu Buffett, the sister of Jimmy Buffett, it’s no wonder this is the place to go for a fun time. Located on the waterfront, they host live music nightly. Grab some food while you’re there and enjoy an appetizer of crab claws or nachos before digging into some shrimp & grits or fish po boy. These dishes are the perfect complement to the sounds of local musicians from all over the Grand Strand and Carolinas.

If you’re searching for a place to unwind with a glass of wine and some live music, Duplin Winery in North Myrtle Beach is calling your name. Known for their muscadine wine, they offer a variety of flavors to sip on, including frozen wine slushies that are a refreshing treat on a hot day. Every afternoon that they’re open, they host Music in the Courtyard, their live music event. The event includes two sets, one from 12pm-3pm and the second one from 3:30pm-6:30pm. Each performance features a different musician or group of performers, so it’s like you’re getting two unique shows in one. The patio area offers ample amounts of seating, whether at tables or in rocking chairs, to enjoy an afternoon of wine and music.

Come Rock Out With Us!

If you’re ready to rock out during your next vacation, Brittain Resorts and Hotels offers plenty of accommodations that are close to all the live music spots. Vacationing in the summertime? Make sure to ask about the live entertainment that takes place poolside. Once you’re ready, check out our resorts page for all the current information on accommodations and book your next getaway to Myrtle Beach for some live music today! 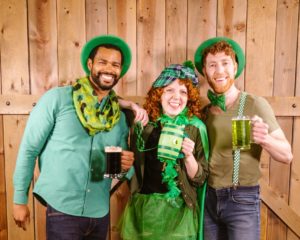 Plan Your St. Patrick’s Day Weekend Getaway in Myrtle Beach Ready to hit the beach this spring with reckless abandon? Well, even if you’re more

Why not you? Someone will win the Brittain Resorts Classic

Why not you? Someone will win the Brittain Resorts Classic Feeling lucky for 2022? You should take those inklings to the golf links in Myrtle 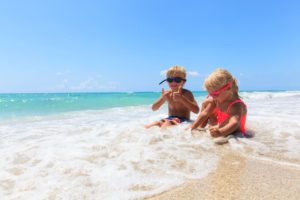 Goodbye 2021, Hello 2022! New Attractions Coming to Myrtle Beach in the New Year Before we say farewell to 2021, we’re toasting to the success

Escape to Myrtle Beach for a Winter Vacation

Escape to Myrtle Beach for a Winter Vacation Ready to trade snow for sand? Myrtle Beach is the perfect place to get away during the

Plan Your Dream Destination Wedding in Myrtle Beach The question was popped by that special someone. You said “yes”. Now it’s time to begin planning.